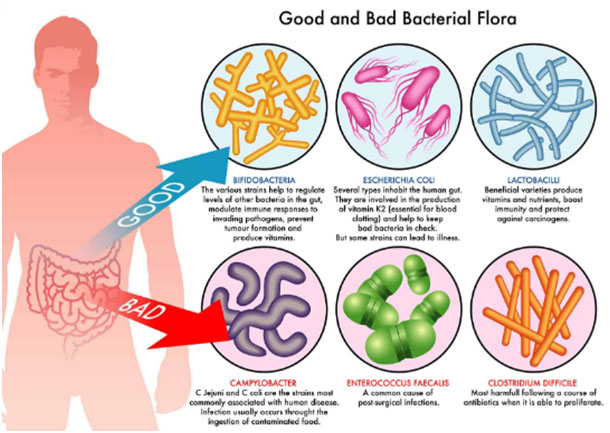 The gut microbiota used to be called the microflora of the gut.

Human gastrointestinal microbiota, also known as gut flora or gut microbiota, are the microorganisms (generally bacteria and archaea), that live in the digestive tracts of humans.

Our gut microbiota contains tens of trillions of microorganisms, including at least 1000 different species of known bacteria with more than 3 million genes (150 times more than human genes).

Microbiota can, in total, weigh up to 2 kg. One third of our gut microbiota is common to most people, while two thirds are specific to each one of us. In other words, the microbiota in our intestine is like an individual identity card.

As its name states, gut microbiota is harboured in the intestine, one of the main areas in our bodies that comes into contact with the external environment (other examples are the skin and the lungs).

Some of the functions are:

The gut microbiota of each individual is unique. It can heavily contribute to how a person fights disease, digests food, and even their mood and psychological processes.

Here are some tips to get your gut going